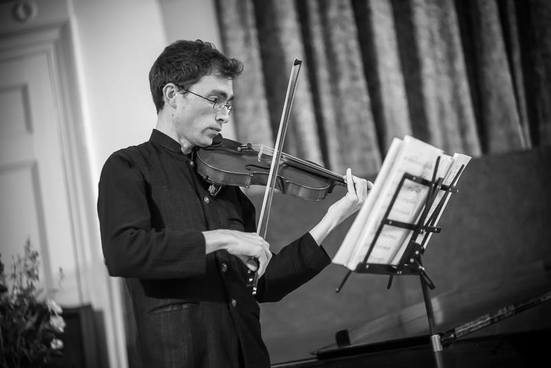 I have been playing the violin since I was 7, and the viola since just a little later.  After a thorough grounding in my teens with the Bromley Youth Music Trust, I went on to Cambridge University, where I studied privately and led the Cambridge University Symphony Orchestra, co-led the Musical Society first orchestra and played in the Chamber Orchestra.  Since then, I have freelanced and taught in London, Bristol, Gloucestershire and Sussex, performing with numerous orchestras and ensembles throughout the UK.  I founded my own string ensemble, the Norse String Orchestra, in 2012.

I am also an experienced chamber player and recitalist, co-founding and playing viola in the Ashe and Colourhouse Quartets, and leading the Norse String Quartet.  I have given numerous recitals, including sonatas by Debussy, Elgar, Janáček and Ravel.

Concerto performances include Ethel Smyth's Concerto for Violin and Horn; Elgar's Cello Concerto, in Tertis's composer-approved transcription for viola; Bruch's Double Concerto for Clarinet and Viola; Svendsen's Romance; and Bach's Brandenburg Concerto no 4, Concerto for Oboe and Violin and Concerto for Three Violins.
Powered by